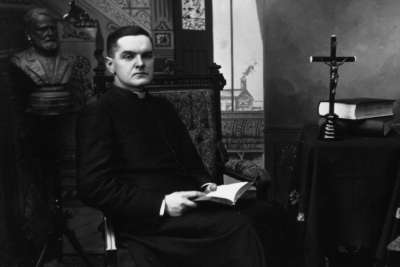 Father Michael McGivney is one step closer to recognition as a saint. The Vatican has announced that yesterday, May 26, Pope Francis approved a decree recognizing a miracle attributed to him, elevating his status to ‘Blessed’. He is the first parish priest of the United States to be raised to this honor.

McGivney’s cause was opened in 1997 in the Archdiocese of Hartford, Connecticut where he ministered. Please continue to ask for his intercession, particularly during this pandemic similar to the one of Father McGivney’s day in the late 19th century.