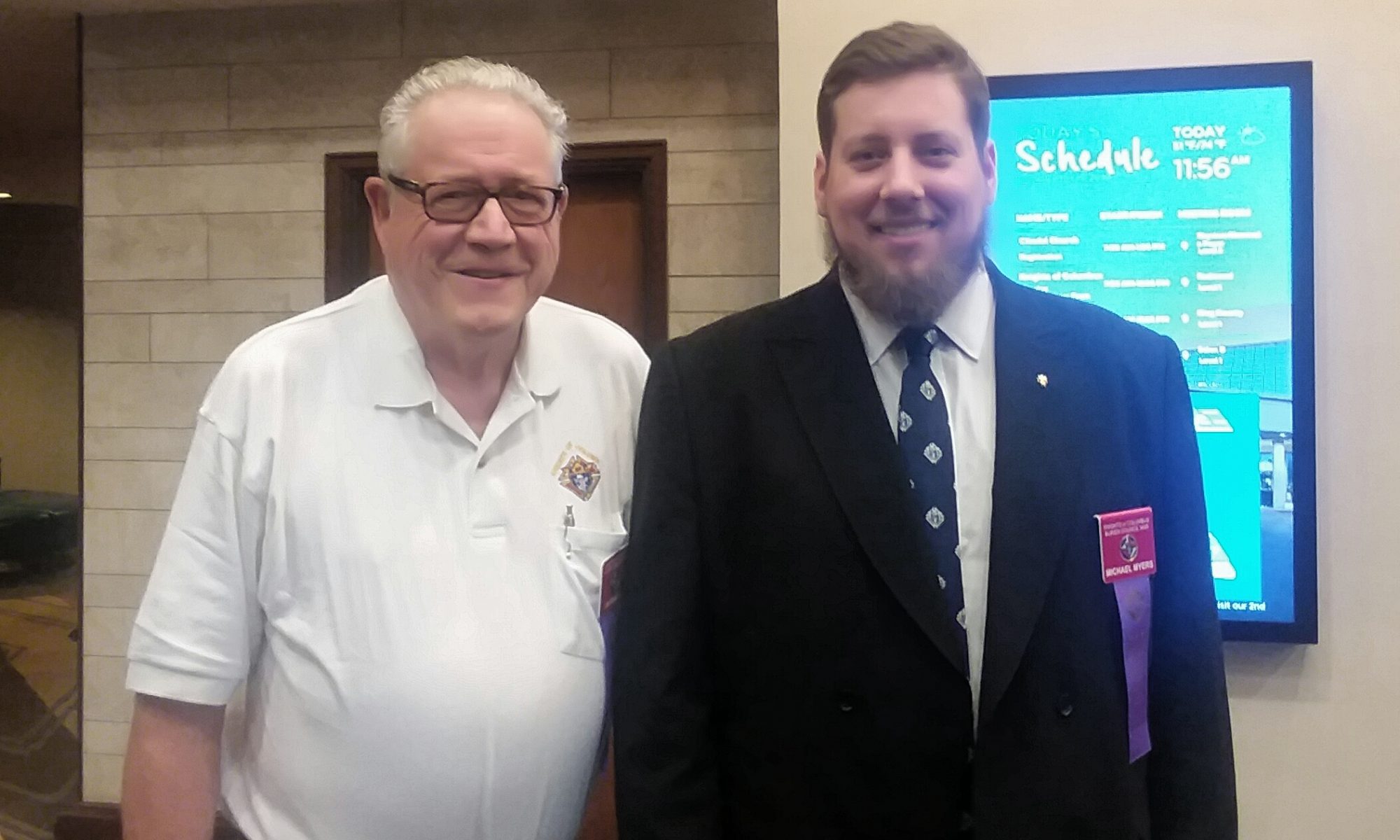 The 116th annual Washington State Convention was held from May 17th through the 19th at the Hilton in Bellevue. Attending as delegates from Burien council were Grand Knight Jim Bacon and Deputy GK Michael Myers. Financial Secretary Ken DeVos was also there as an alternate working on the credentials committee.

It was a great opportunity to fraternize with brother Knights from across the State and hear guest speakers, including representatives from Supreme, Oregon, Idaho, and British Columbia. Several others were in attendance, among them Columbiettes, Knights on Bikes, Saint Luke Productions, and the Country Store.

Delegates voted to advance our State Officers unopposed, the State Deputy for the next fraternal year will be current State Secretary Pat Kelley. Our new State Warden will be Dr. Scott Hulse of Bellingham. Ken DeVos was elected to attend the Supreme Convention in Minneapolis as a delegate from Washington. All resolutions were approved, with a minority dissenting on the motion to amend Article 3 of the bylaws.

A collection raised over $1,100 to aid with the burial expenses of Kendrick Castillo, the lone fatality in the recent school shooting in Colorado, posthumously inducted into the Knights of Columbus where he often volunteered with his father.

Guests and their families were treated to an excellent banquet and awards ceremony Saturday evening. DGK Michael Myers participated in the 4th degree honor guard in regalia for the presentation of colors. Seattle Council 676 presented our State Deputy with a $50,000 contribution to the new Caritas Fund.

A Memorial Mass honoring Knights who have passed on in 2018-19 was celebrated by State Chaplain Kenneth St. Hiliare on Sunday morning. Among the honorees were two members of our council, Brothers Ed Darcy and Bob Grohman.

Photos from the convention can be viewed here.