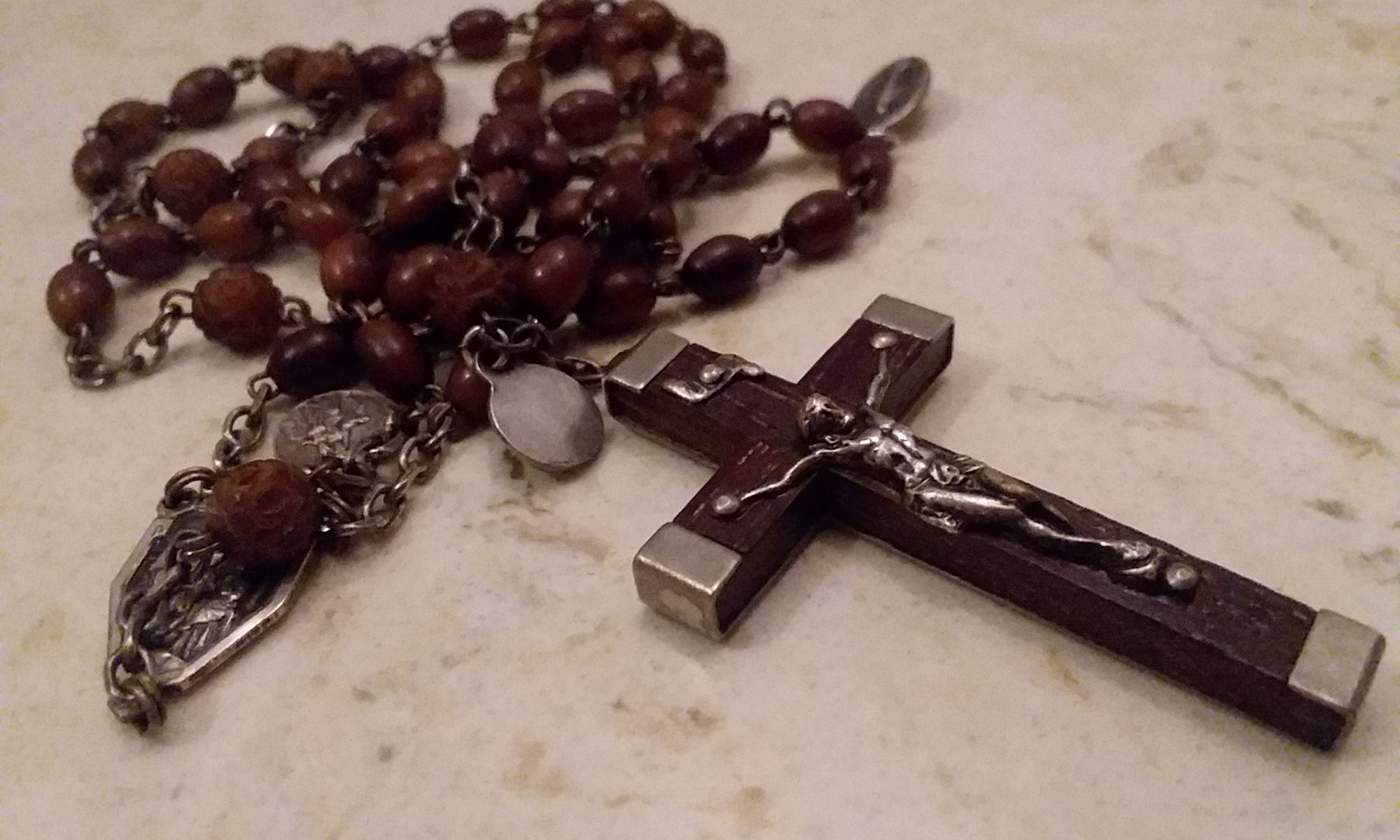 October is month of the Rosary. In yesterday’s statement from the Vatican, the Pope appealed to the faithful to pray the Rosary throughout the month and to make use of two old invocations, the Sub Tuum Praesidium and Prayer to Saint Michael.

The Holy Father has decided to invite all the faithful, from all over the world, to pray the Holy Rosary every day during the entire Marian month of October; and thus to unite in communion and penance as God’s people in asking the Holy Mother of God and Saint Michael the Archangel to protect the Church from the devil, who always seeks to divide us from God and one another.

In recent days, before his departure for the Baltic States [Sept. 22-25], the Holy Father met Father Fréderic Fornos S.J., international director of the Pope’s Worldwide Prayer Network, and asked him to spread this call to all the faithful throughout the world, inviting them to conclude the recitation of the Rosary with the ancient invocation ‘Sub Tuum Praesidium,’ and with the prayer to St. Michael the Archangel who protects and helps us in the fight against evil (cf. Rev. 12, 7-12).

Prayer — the Pope said a few days ago, on September 11, in a homily at Santa Marta, quoting the first chapter of the Book of Job — is the weapon against the great accuser who “roams the earth looking for ways to accuse.” Only prayer can defeat him.

The Russian mystics and the great saints of all traditions have advised, in moments of spiritual turmoil, that one protect oneself under the mantle of the Holy Mother of God by pronouncing the invocation, “Sub Tuum Praesidium.”

[We fly to thy patronage, O holy Mother of God; despise not our petitions in our necessities, but deliver us always from all dangers, O glorious and blessed Virgin. Amen.]

With this request for intercession, the Holy Father asks the faithful throughout the world to pray that the Holy Mother of God will place the Church under her protective mantle: to protect her from the attacks of the evil one, the great accuser, and at the same time make her ever more aware of the sins, errors, and abuses committed in the present and in the past, and committed to fighting without hesitation so that evil does not prevail.

The Holy Father has also asked that the recitation of the Holy Rosary during the month of October be concluded with the Prayer to St. Michael written by Leo XIII:

[Saint Michael the Archangel, defend us in battle, be our protection against the wickedness and snares of the devil; may God rebuke him, we humbly pray; and do thou, O Prince of the heavenly host, by the power of God, cast into hell Satan and all the evil spirits who prowl through the world seeking the ruin of souls. Amen.]

Remember to pray the Rosary this October!